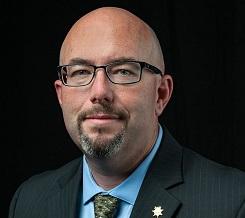 Patrick was born in the Midwest and grew up in various locations around the United States and Western Europe. During high school, he lived for a year in Florence, Italy and a year in London, England where he graduated from the American School in London. He went on to graduate from Florida State University with a Bachelor’s Degree in Criminology with concentrations in Law Enforcement and Corrections. He was then certified as a Corrections Officer by the State of Florida before starting his Master’s program at Florida Gulf Coast University where he earned a Master’s in Business Administration with a concentration in Management. Patrick moved to Oregon in 2001 and became a Deputy Sheriff in the Patrol Division at the Washington County Sheriff’s Office in 2003. He is currently a Detective working in the Property Crimes Unit and is a member of the Washington County Major Crimes Team. He enjoys spending time with his family, being involved in his son’s sports teams and searching the Portland area in vain for a good Chicago-style Italian beef sandwich.

Bryan started his Law Enforcement career with the Texas Department of Criminal Justice. In 2005, he was hired as a Deputy Sheriff with the Washington County Sheriff’s office assigned to the Jail Division. During his career, he has worked in Gang Enforcement, Court Security and been the Inmate worker coordinator along with several other special assignments and collateral duties. Bryan lives in the community that he serves with his wife and lives a quiet but active life, with curling and snow shoeing in the Winter and eco-tourism in the summer.

Joshua joined the Washington County Sheriff’s Office in 2007 as a Reserve Deputy and transitioned to a full time Deputy position in 2008. He works in our Jail Division and is currently on Special Assignment in charge of our Electronic Home Detention program. Joshua has been Hostage Negotiator since 2013 and is an active member of the Washington County Sheriff’s Office Crisis Negotiation Unit (CNU). He is also a member of the Washington County Sheriff’s Office Domestic Violence Resource Team (DVRT) and started the jail liaison program for the Washington County Jail. In this role, he investigates crimes that occur post-arrest, such as Witness Tampering, Coercion and Restraining Order violations. As a Senior Jail Division Representative for the Washington County Police Officer’s Association (WCPOA), Joshua understands the importance of protecting those that protect everyone else. He has a passion for our agency’s core values of doing your best, doing the right thing and treating people how they want to be treated. He works hard to make sure these values are maintained equitably. On his off time, Joshua is a PADI Certified SCUBA diver and enjoys deep sea diving in the Caribbean! He loves traveling, watching stand-up comedy and playing Texas Hold ‘em. 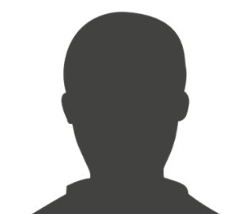